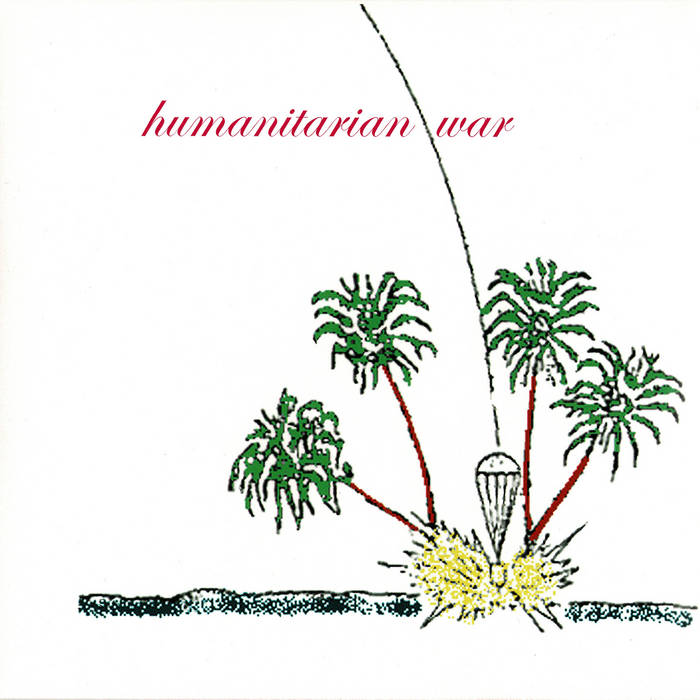 from The Wire (UK) - November 2006
Jazz & Improv - reviewed by Julian Cowley
"With tracks entitled "Depleted Uranium" and "White Phosphorus", and others alluding to cluster bombs and steel rain, Andy Haas registers his disgust at the vile rhetoric of the current US administration. Parallel to that self-evident anger runs a singular creative response. Haas was once saxophonist with Canadian New Wave group Martha and the Muffins and has more recently been heard with Fred Frith and Keiji Haino. Solo, he performs ten absorbing improvisations, without overdubs, bringing together the Middle Eastern sonorities of the shofar ram's horn and double-reed raita with live electronics, a taal tarang digital tabla and bursts of high pitch fife. The nasal wail of the raita, neatly matched with electronics, is suitably communicative rather than casually exotic, and the shofar retains its traditional militant capacity to convey alarm. Protest can too easily drift into platitudes. Haas makes his point and at the same time takes an imaginative leap beyond what is all too obvious and lamentable.


Jazzwise (UK) reviews Humanitarian War - April, 2007
As the bitterly oxymoronic title suggests, this is a powerful and angry statement of anti-war sentiment. Track names conjuring high-tech weapons systems – such as “Depleted Uranium”, “White Phosphorus”, and “BLU 108B Cluster” – rub up against the timeless Middle Eastern sonorities of exotic reed instruments, which, in turn, are fed through Haas’ extraordinary real-time, live electronic manipulations. The result is a vivid and unsettling depiction of war crimes in the Persian Gulf: high, keening, wailing notes warped and disfigured by electricity, like a Muezzin caught in flames as an ancient mosque is razed to the ground. Haas wrings an enormous range of sounds from his manipulations, summoning the shriek and disorder of war – sirens, explosions, violence and distress – careening over the top of dense tabla rhythms, smothered with reverb and spiraling into an infinitesimal point of ultimate complexity. Like Hendrix’s “Machine Gun”, it’s a gripping example of the possibilities of protest through sound.
By Daniel Spicer


from All About Jazz - December 2006
by Kurt Gottschalk
There's a similar suggestion to Haas' solo disc Humanitarian War. He gets the proselytizing out of the way with track names suggesting different sorts of weaponry and moves on to the music - an impressive, moody set of improvisations reminiscent of his excellent Arnhem Land from nearly a decade ago. But where that album used guest performers to fill out the tracks, War uses live electronics and realtime loops to create something that feels like more than a solo horn record. He leaves the sax at home and plays a variety of ethnic instruments (shofar, raita, fife, taal tarang) for an impressionistic one-world feeling, without being a hackneyed, jingoistic or colonial world. Instead - and buttressed by the titles - it becomes impressionistic, ethereal, one-world imploding, collapsing into itself, mirroring what's lost within the euphemisms of our leaders.


from Verbicide Online
ANDY HAAS
“HUMANITARIAN WAR” – RESONANTMUSIC – CD
This album is piercing, like early morning mortar fire. It’s a live improvisation with no overdubs, and is meant to be a protest against “preemptive wars,” hence the irony laden title. Song titles include “Depleted Uranium Part 1,” “White Phosphorus,” and “PFM-1 Green Parrot.” A wide array of strange sounds came together to create this disquieting din. Andy plays sholar, raita, taal tarang, and fife on the release, as well as all of the live electronics. The fife playing on “White Phosphorus” is beautiful. I’d tell anyone into John Zorn’s more radical stuff to check this out. The ethics are worth it alone, but the interesting instruments and improvisation seal the deal. (Heather Schofner)


from FLY GLOBAL MUSIC CULTURE 3/11/07
As a former sax player with Martha And The Muffins (come on, guilty pleasure or not, who doesn’t like ‘Echo Beach’?) this new CD owes nothing to that experience. More recently he’s played with John Zorn. Mr. Haas has clearly moved on and on this CD he plays shofar, raita, fife, taal tarang with electronics EFX all live with no overdubs. The result is industrial, ambient, middle-eastern, techno, indo/free/space jazz and probably lots more. It’s anything but the “noise” that many folks have trouble with regarding improvised modern jazz.
Stand-outs are the hypnotic ‘White Phosphorus’ and the scary ‘BLU 113 Penetrator’ and ‘Depleted Uranium (pts I & II)’. - Gerry Hectic


from www.amazings.com/reviews2007.html
ANDY HAAS:
"HUMANITARIAN WAR"
Resonant Music
As suggested by the ironic contradiction implied in the title, "Humanitarian War", this is an album created as a protest against "preemptive" wars. By means of a musical approach framed within the electroacoustic music, yet rich in ethnic sonorities, Andy Haas builds surrealist pieces, disquieting, suggesting images of the chaos and the injustice inherent to any war.
DOMINIQUE CHEVANT