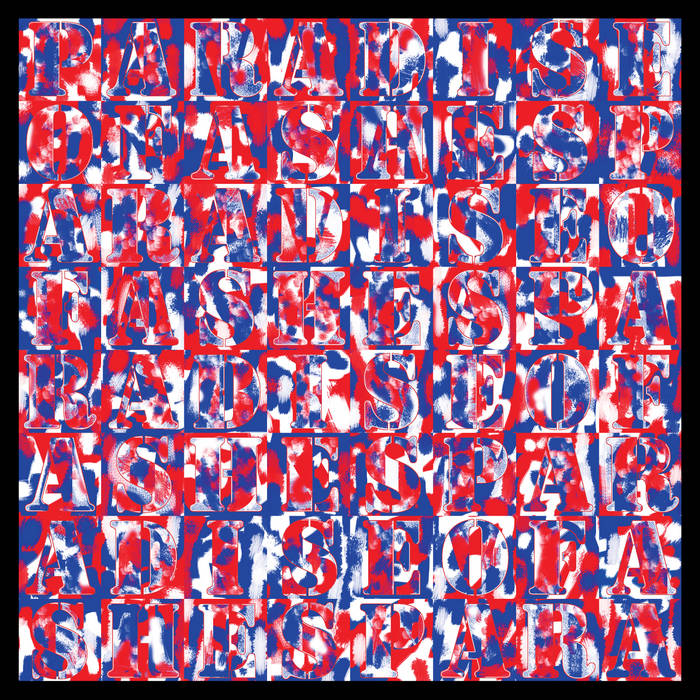 In Toronto, Andy Haas is best known for his years playing sax with new wave icons Martha and the Muffins. For the past two decades, though, he's been living in NYC and is more closely associated with the experimental improv scene that came out of the no wave scene. His work often explores the interplay between electronics and live playing, and is pretty out-there. This newest addition to his discography is definitely not your typical jazz album, but it's much more accessible than you might guess.

Unlike most improv, this album doesn't focus on the interplay between musicians, as Haas is the only one playing an instrument. The other elements include his electronically generated loops and ambient textures, which are both rooted in the avant-garde tradition but much funkier than those in most experimental music. That approach could have led to a cheesy vibe, but Haas has a real talent for balancing the delightfully weird with the familiar. He takes a similar approach to song selection, mixing Cole Porter compositions, George Jones classics, early Ethiopian jazz and traditional Americana.

Top track: The Devil Is Loose In The World

Andy Haas, formerly with new wave rock legends Martha & the Muffins (that’s his sax break on the classic Echo Beach), is a fascinating and extremely eclectic alto saxophonist capable of leaping from blues to ballads to punk to the Middle East in the span of seconds and somehow making it all work. Most recently he’s been a part of hypnotic, tuneful groove unit Radio I Ching. His new solo album Paradise of Ashes is a characteristically diverse collection of memorable, brief (usually around three-minute) songs without words, beautifully and often apprehensively lyrical. Haas favors a clear tone, a comfortable legato attack and hits the tunes straight-on – he doesn’t blow crazy clusters or waste notes. If you want to be really stuffy about his this, you could call it “electroacoustic.” Some of the stuff here has a trip-hop feel; the rest is basically a bedroom album, Haas’ sax backed by various acoustic and electronic rhythms. It’s sort of a higher-register counterpart to Paula Henderson’s cinematic baritone sax-and-laptop project Secretary.

The strongest tracks here are his originals. New Maladies of the Soul, which opens the disc, is a gorgeous, darkly memorable tango of sorts – it wouldn’t be out of place in the Paul Desmond songbook. A bit later, the title track shifts cleverly from lyrical warmth to latin-tinged noirisms. Haas tackles Americana with a warm bucolic sway in the same vein as Jeremy Udden’s recent work, via George Jones’ Cup of Loneliness and the traditional number The Devil Is Loose in the World, the latter with backward masked vocals (too bad this isn’t vinyl – you could spin it backwards and find out what the devil has to say!).

Imagine Kenny G on Qualuudes playing slow mournful sax melodies over a soundbed DJ Brick put together by playing 4 cassette tapes backwards at the same time. Andy Haas was a player in the new wave band Martha and the Muffins (1978-81) and has been living in NYC for 2 decades and its obvious that he drinks straight from the tap in his bombed out 6 floor walkup. All instrumental, soundbeds vary but the melodic solo sax themes stay consistent. Great trippy stuff.

Paradise of Ashes pits Andy Haas’ sax against prepared backgrounds of drum machines and strange synthesized rhythms, crunchy and thick. It verges on a late-night tiki bar feel, with the warm loneliness of the sax and the primitive percussive sounds in the background — but there’s something darker afoot.

You could say it’s more of an electronics album than a sax album. The backgrounds really are backgrounds, as opposed to backing rhythms, built from drum machines, electronic treatments, and all manner of strange samples. On many tracks, it’s all looped into a rhythm that doesn’t march in step with the sax.

Haas didn’t just hit “on” on a drum machine; these backgrounds took work, and they defiine each track’s mood. “Khalliha Allallah (Leave It To G-d),” is driven by a drum/didjderidoo hybrid from the Tron universe. Haas’ composition “New Maladies of the Soul” bubbles up like something from a sparse alien lounge, with a saucy percussive backdrop against the sax’s lonely lead melody.

The setting also creates some opportunities for goofing around. Cole Porter’s “Every Time We Say Goodbye” is played straight in terms of melody, but it’s backed by a cluttering hailstorm of clunky percussion, like a Polynesian war council. “My Life Would Suck Without You” (which is apparently a pop tune with ties to Glee or American Idol or something else I don’t watch) becomes a reverent funeral march, backed by a slow bass-drum pulse.

Many tracks’ melodies are ballads or folk songs, but Haas does add some free-jazz jumping and skipping on “The Devil Is Loose in the World,” a rather upbeat traditional song backed by the sound of slowed-down, backwards singing (or speaking), a warbly, like Gregorian chants sung by some alien blobular race. I also like “Bonjour Tristesse,” which is almost hip and electronica-like with its background (drum machine with occasional falling rubble?) and blippy, carefree sax.

Haas has Martha and the Muffins on his resume, but I know him from the CDs he’s sent to KZSU every now and again. They’re all quite different, bound together by a few common themes, such as an affinity for Eastern religions and musics. On Death Don’t Have No Mercy, he and Don Fiorino painted cowboy Western landscapes populated by modern sax sounds. Radio I Ching had more of a world-fusion feel. Hanuman Sextet played around with the motifs of Eastern religions (with Fiorino adding some cowboy twang again).

Even with his solo stuff, Haas’ ideas branch out; in fact, I think each of his solo albums has taken a different direction. The Ruins of America, from 2007, uses electronic treatments to twist his sax notes into eerie forms — but it’s got a similar edge. And Humanitarian War, a 2006 response to the Bush administration, is a stark, angry scream. The politics are still there on Paradise of Ashes — I’m sensing a cynical smirk in that title — but the album seems to be coming from a happier place.

Andy Haas - sax and prepared backgrounds
Produced by Andy Haas
Recorded and mixed by Marc Urselli
at East Side Sound, NYC on 10/08 and 11/02, 2010
Cover Design by Scott Friedlander
Resonantmusic 008